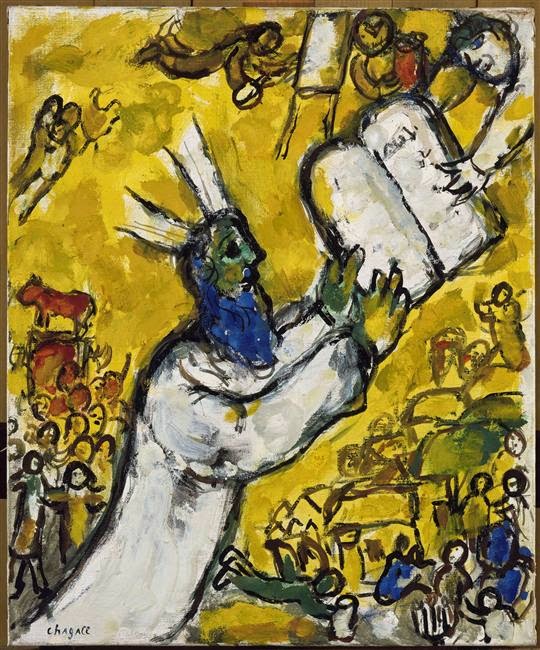 The "Shrine of the Book" in Jerusalem preserves the earliest known copies of Biblical texts - the Dead Sea Scrolls. Our Czech Memorial Scrolls Centre has a similar task:  it preserves and guards Torah scrolls which have lived through times of darkness and now once again serve the Jewish community. Visitors, Jewish and non-Jewish, come frequently to see the scrolls, and some seem quite puzzled about the nature of these parchments. What is the Torah? What is its function? Is every scroll identical with the others? And why are they so sacred to us?

The word "Torah" is derived from a Hebrew root which means "to teach". It is primarily used to indicate the most sacred text in Jewish life, the Pentateuch, which is also known as the Five Books of Moses:  Genesis, Exodus, Leviticus, Numbers and Deuteronomy. The text is written upon parchment by a dedicated scribe, placed between two rollers, covered with a mantle and silver decorations and housed in the Holy Ark of the Synagogue. It is then opened and read every Sabbath and on certain weekdays and festivals, and becomes the centre of worship and Jewish study. The word "Torah" can therefore mean teaching, instruction, or doctrine. Since it contains most of the legislation guiding the Jewish people from the time of Moses until the destruction of the first Temple, Torah is often translated as "law"; and indeed, so much of the ethical and religious teaching in these first five books of the Bible continues to make moral demands upon us that the term is not incorrect. Moreover, traditional Jewish life is based so largely upon the ceremonial law found in these pages - the dietary laws, the customs presented as divinely inspired - that "Law" is precisely the sense in which the Torah is understood by most Jews. But it is a law to which individuals commit themselves freely, out of their understanding of what God requires from each human being. At that point, knowledge and study become crucial to our free assent, and the translation "instruction", "teaching" becomes even more relevant.

How did the Torah move through three millennia of Jewish life to achieve such centrality? There is, first of all, the text. The tradition states that Moses received it in its entirety more than three thousand years ago, high on top of the Mountain. There, on Mount Sinai, Moses listened to every word of God and recorded all that he heard. Each word is therefore considered sacred and may not be changed, and the laws are also immutable. Yet interpretations can change over the centuries. Farming and commercial legislation of that early time was radically re-interpreted a thousand years later, with the rabbis engaged in that task confident that they were doing no violence to the basic intention of the text. Their interpretations came to be called the "Oral Torah", found in collected writings called "Talmud". It is the Talmud, a work of many volumes, which is today the basic text in traditional places of learning.

This did not mean that the Torah was forgotten; it remains our central book of instruction, far more so than other words in the Bible. According to tradition, it was first read by Moses to the people; and it is significant that when the Jews returned from Babylonian exile, Ezra the Scribe again assembled the people to read the Torah to them, even though some had forgotten much in captivity and required a translator to render the text in Aramaic. Around the Temple in Jerusalem, synagogues were beginning to emerge, and in these the reading of the Torah was the central source of revelation. When the Romans destroyed the Temple, the Torah and its study replaced the Sanctuary, despite Roman hostility. Rabbis were burned wrapped in Torah Scrolls; and tradition tells of one martyr crying out:  "The parchment burns, but the letters fly upwards!" Meanwhile, in Babylon, the study of both the "Written Torah" and the "Oral Torah" (the interpretation) developed during the next thousand years and preserved the Jewish people.

Gradually, in the synagogues, a formal type of worship developed around the reading of the Torah. The scroll was taken from the Holy Ark at a set point in the service, and paraded through the synagogue. Its wrappings were taken off, and it was elevated so that all could see it and proclaim:  "This is the Torah given to Moses. It is the inheritance of the Children of Israel!" Blessings were said before it was chanted, and afterwards. Members of the synagogue were honoured by being called forward to take part in the ritual. The text itself was divided into segments to be read consecutively each week, so that the Torah was read from beginning to end in the course of the year (some communities used a 3-year cycle); and this led to another joyous festival in the religious calendar:  "Simchat Torah", the festival of Rejoicing in the Law. On that day, which follows the harvest festival of Tabernacles, the last page in the Torah (dealing with the death of Moses at the border of the Promised Land) was read by a prominent congregant who became the "Chatan Torah" - the Bridegroom of the Law. When he finished, another scroll was opened at the first chapter of Genesis (B'reshit) and another person - the "Chatan B'reshit" (Bridegroom of Genesis) read the story of the creation of the world. The basic premise was clear:  Jews are to read and re-read the Torah, to turn it again and again - for everything is in it. The Jewish calendar was organised around the Torah to such an extent that every week is known by the name of the portion assigned to it. When young Jewish men or women come of age, they are entitled to the privilege of being called up to read from the Torah; the full identity of the Jew is derived from the fulfilment of this special mitzvah or religious obligation. The ceremony is called Bar mitzvah, son of the commandment, with a corresponding Bat mitzvah, daughter of the commandment, as equality was achieved in Jewish life.

A scroll of the Torah is expected to be perfect, without blemish. Yet a scroll rescued from the Holocaust may bear the mark of that experience upon it. An American scholar, Solomon Freehof, was asked whether such damaged scrolls could be used in the synagogue. In his reply he pointed out that according to tradition "all depends on fate, even the sacred writings." Some scrolls live fortunate, happy lives. They are carried around during services with flourishing communities surrounding them; they are taken out for Simchat Torah services, and rabbis dance holding them aloft. Other scrolls are unlucky, pushed to the back of the Ark, unloved, silent. Still other scrolls suffer a tragic fate and go through fire and suffering, die, or survive in a damaged condition. Yet all contain the same sacred words, all are holy in the eye of the beholder. A damaged Torah should not be used for regular services, and most communities bury flawed scrolls. But those responsible for the Czech scrolls have perceived that the last survivors still deserve their place in life, that they are witnesses who must stay alive in order to be heard. And so they still live, not only at Kent House but throughout the world where communities have received memorial scrolls to show that the Torah does not disappear, that it must be heard.

Throughout the ages, Torah scrolls have been written in many styles and with varying shapes of Hebrew letters. Yet the text always stays the same. The Sephardi tradition has a totally different style of calligraphy from the Ashkenazi - Spain, Portugal and the Mediterranean contrasted with Germany, Poland and Eastern Europe. The text is never vocalised and maintains the ancient tradition of consonants without vowels. Sephardi communities place the scroll in a rounded case; in the Ashkenazi communities it stands freely inside the holy Ark. Keter Torah, the Crown of the Torah, is the most favoured decoration on the embroidered mantles; but in modern times one often sees a tree - the Tree of Life, to which the Torah itself is compared; one holds fast to it and survives. That has been the history of the Torah within the Jewish tradition. For more than three thousand years Jews have walked its paths, interpreting it strictly or freely, traditional or progressive in their response to its teaching. All agree that the Torah, that handwritten roll of parchment containing the words of God, is the true symbol of Jewish life.
Posted by MST at 1:12:00 pm