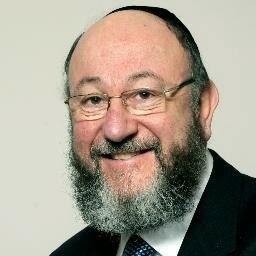 We are delighted to share the following news with you:  Rabbi Ephraim Mirvis will be joining us for the launch of our travelling exhibition at the Jewish Museum in Camden on 7th December.
We have just sent out the following press release:
The Chief Rabbi is to be the Guest of Honour at the launch of a new travelling exhibition and educational resource produced by the Memorial Scrolls Trust to mark the fiftieth anniversary of the rescue and subsequent restoration and return to use of 1,564 Czech Torah Scrolls.
Part of a unique collection brought to Prague from every corner of Czechoslovakia by the Jewish community at the height of the Second World War, the Czech scrolls are now owned and loaned out to synagogues around the world by the Memorial Scrolls Trust – housed at Westminster Synagogue.
Since the scrolls were brought to Britain by philanthropist, Ralph Yablon, on 9th February 1964, they have been distributed to over a thousand Jewish communities worldwide, some of which would otherwise not have been able to afford Torah scrolls to host services, and have been used in around 100,000 Bar and Bat Mitzvahs, in the ultimate defiance of Nazi attempts to wipe out the Jewish people.
200 specially invited guests will join speakers Chief Rabbi Ephraim Mirvis, Magda Veselska from the Jewish Museum of Prague; and Ruth-Anne Lenga, the Director of the Holocaust Education Development programme at the Jewish Museum on Sunday 7th December.
They will hear from Lenga about the creation of a selection of education materials based around the remarkable story of the scrolls, designed primarily for use by Bar and Bat Mitzvah classes in the synagogues which are now hosts to scrolls.  It is estimated that the scrolls have been used in up to 100,000 b’nei mitzvah since their rescue.  The education packs will also be made available to Jewish and non-Jewish schools, community organisations and museums in the UK and the US.
Guests will also have the opportunity to view the Trust’s new interactive travelling exhibition, which will tell the remarkable story of the scrolls their role, their journey and how they are bringing new Jewish life today.    After the launch, it will go for display to West London Synagogue, before travelling around Britain, with a duplicate version produced for use in the US.
Chair of the Trust, Evelyn Friedlander says:
“These scrolls tell a wonderful story but their interest is not merely historical.  Instead, they are living things, bringing new Jewish life wherever they have gone around the globe.   Where once, following the decimation of Czechoslovakian Jewry, there was nothing, there is now new Jewish life from America to New Zealand, Scotland to Cape Town.  And even back in the Czech Republic itself, many synagogues have been inspired to visit to the communities from which their scrolls came, helping to foster understanding and ensure that the Jews of Eastern Europe are not forgotten.”
“The launch of our educational resource and travelling exhibition will mean that even more people will not simply learn their story, but hopefully will be inspired to take action, whether it is to understand our history, confront prejudice, or lead more Jewish lives in the future.”
Rabbi Mirvis will be the first Chief Rabbi to view the collection since Lord Jakobovits, whose relative Tobias Jacobovits, worked at the Prague Museum before his murder in the Holocaust in 1944.
Posted by MST at 3:22:00 pm