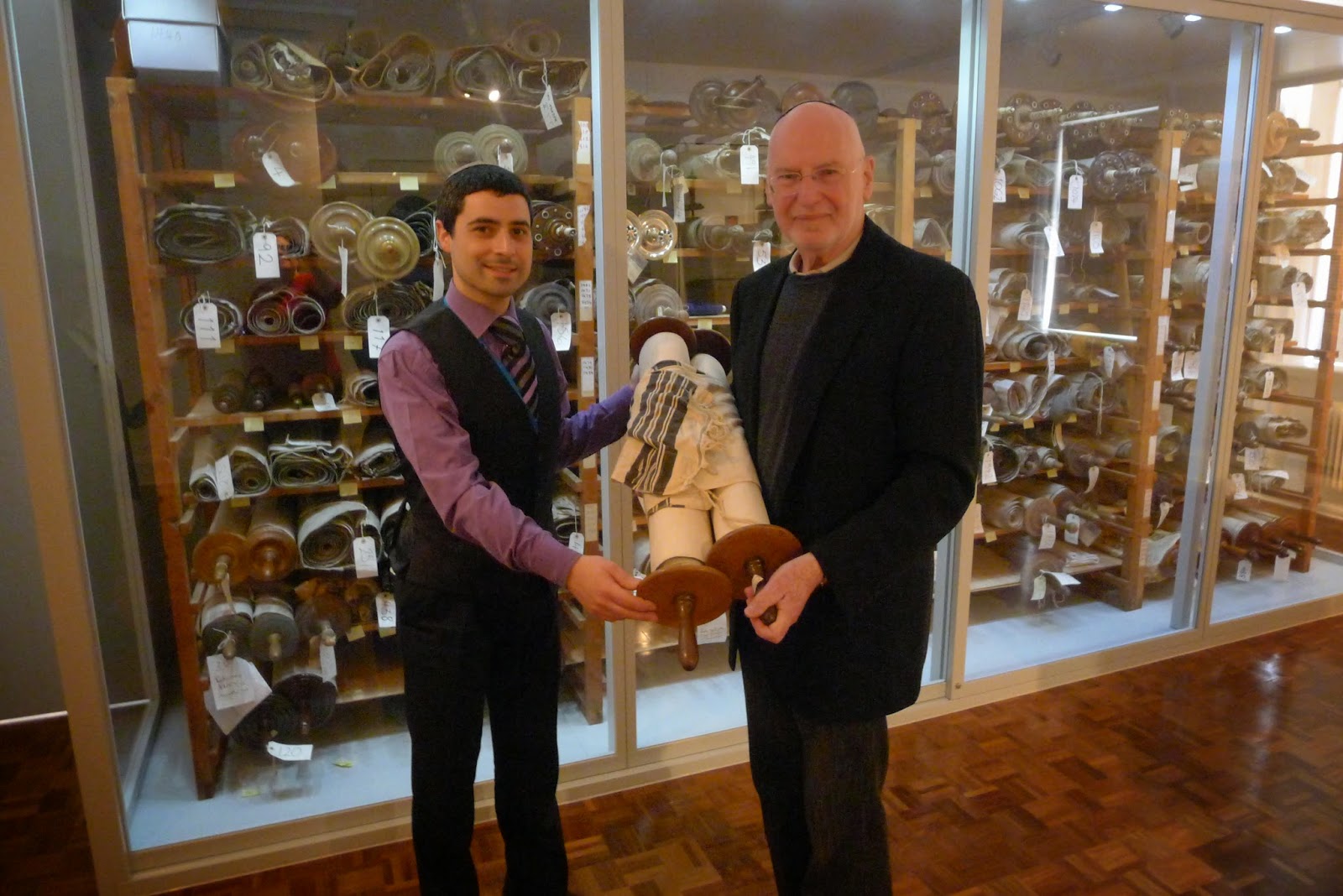 
The Memorial Scrolls Trust is thrilled to report that our orphan scroll MST #310 was officially handed over on loan to West London Synagogue on the 18th of March, 2015. Rabbi David Mitchell and Wendy Pollecoff Woolf collected the scroll from the MST Museum and transported it carefully to the synagogue sanctuary.
MST #310 previously spent several years serving the Jewish community in Bangor, North Wales. ReverendMalcolm Weisman remembers that the scroll had its own aron hakodesh (ark) there and was kept for many years in the house of Isaac Pollecoff, Wendy’s great uncle.
The scroll will be officially welcomed at WLS on the 20th of March at the Kabbalat Shabbat service marking 175 years of liturgy at the synagogue. Asher Swidler will carry the scroll in, and the next day he will be the first to read from MST #310 for many years as he celebrates becoming Bar Mitzvah.
MST #310 has many years of work ahead, meeting thousands of students each year as part of their study of Judaism, Torah and the story of the Czech Scrolls. Mazal tov to all involved in this wonderful project! 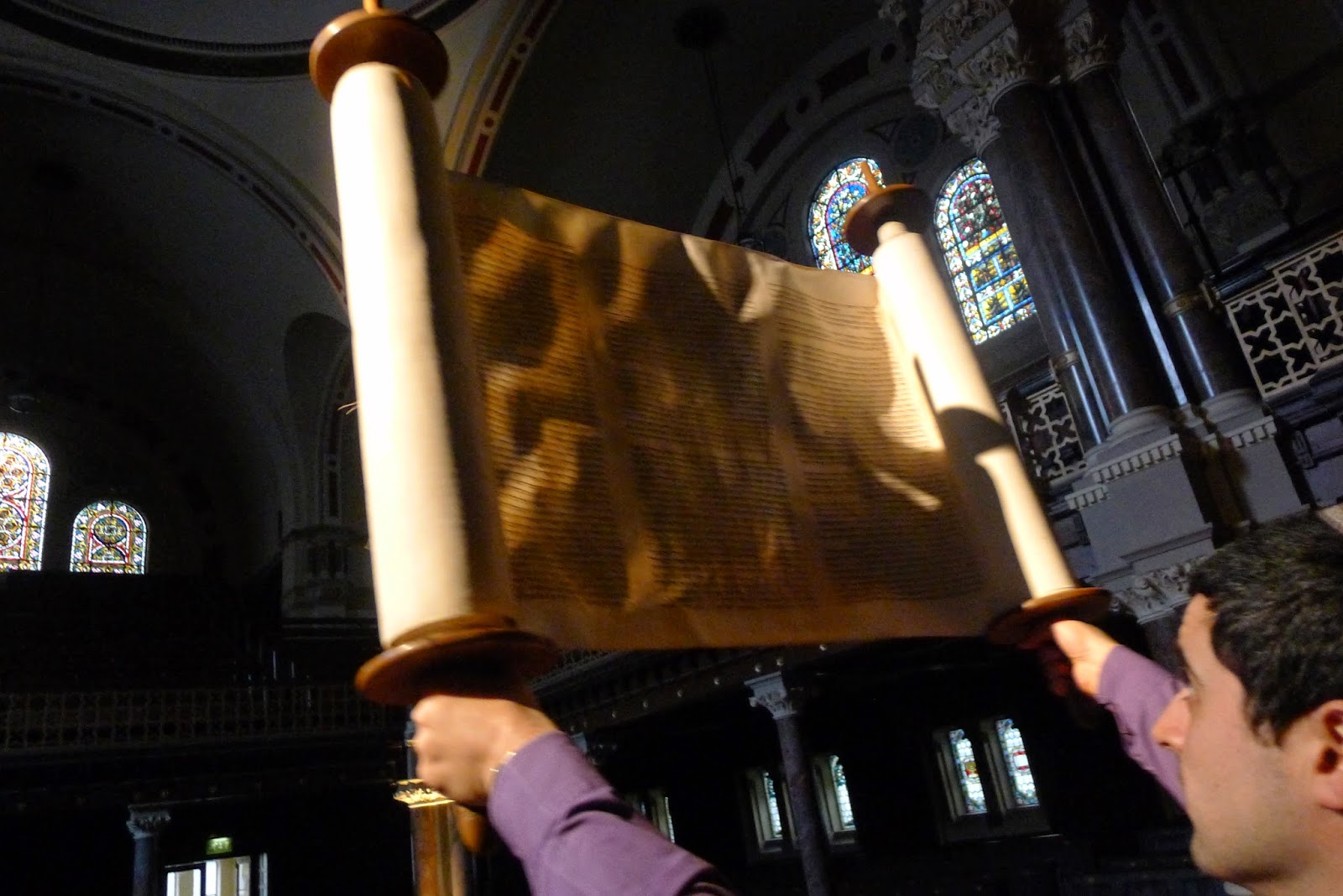